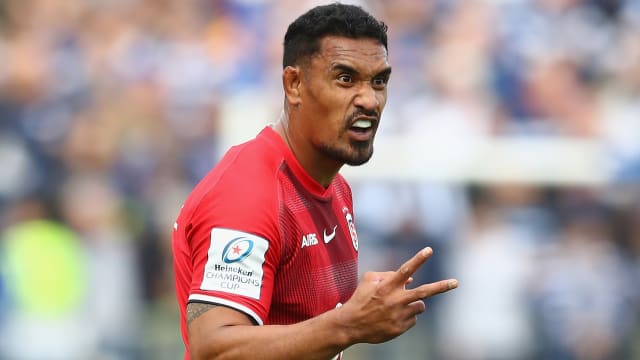 Former New Zealand international Kaino was shown a yellow card for what was adjudged to be a dangerous tackle on Bath centre Jamie Roberts in the Top 14 side's 22-20 victory at The Rec.

Kaino was hit with a five-week ban after an independent disciplinary committee ruled that he should have been sent off for striking Roberts with his shoulder.

The number eight challenged that decision, but an independent appeal committee upheld the sanction in Paris on Thursday.

Kaino's team-mate Pointud was cited for striking Bath prop Nathan Catt with his shoulder, resulting in a four-week suspension.

Prop Pointud was not shown a card during the Pool 1 encounter, but the same committee agreed with the initial verdict that he should have seen red.

Kaino will miss Toulouse's next four Top 14 matches but will be free to return against Wasps on December 8.

Pointud, who was banned for the 28-27 win over defending champions Leinster at the weekend along with Kaino, will be unavailable for the clashes with Perpignan, Bordeaux-Begles and Pau.

European Professional Club Rugby on Tuesday confirmed Toulouse's win at Bath would stand after the Premiership side's owner Bruce Craig called for the match to replayed as he felt referee Andrew Brace blew for full-time early.

Craig was also unhappy that Kaino and Pointud were not sent off in a dramatic encounter.