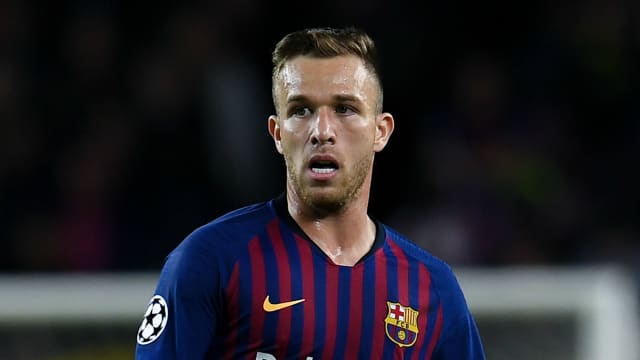 Arthur's arrival has helped Barcelona adapt to life without Andres Iniesta ahead of the first Clasico of the season, according to former Real Madrid midfielder Michael Essien.

The Brazil international has slotted in alongside Ivan Rakitic and Sergio Busquets in Barca's midfield and has drawn comparisons to another of the club's iconic modern players, Xavi.

Arthur joined from Gremio for an initial €30million fee plus €9million in possible variables, with his performances - particularly in the Champions League - suggesting Barca picked up a bargain.

And with the 22-year-old set to face Real Madrid on Sunday at Camp Nou, Essien feels Arthur has been the perfect replacement for former captain Iniesta, who joined Japanese side Vissel Kobe earlier in the year.

"They have signed this young Brazilian, he looks like such a good player," Essien told Omnisport.

"And they still have [Ivan] Rakitic and [Sergio] Busquets, so it's practically the same.

"You don't really feel the absence of Iniesta in there, at least at the moment. It's a shame he left but that's football isn't it?"

While Barca top LaLiga despite Iniesta's departure, Madrid have struggled to adapt following the shock sale of Cristiano Ronaldo to Juventus, with Julen Lopetegui reportedly on the brink of being sacked.

A 2-1 win against Viktoria Plzen ended a five-game run without a victory in all competitions, yet Essien feels Madrid can still triumph in the Clasico despite their poor form.

"Why not? The players are still there," Essien added. "Madrid are still one of the biggest clubs in the world, and they still have the players.

"It’s such a shame that Ronaldo left but it's one of those things that can happen in football. They are going to go into the game and hopefully look to win the game."

Barca captain Lionel Messi will also miss the fixture due to a fractured arm, meaning it will be the first Clasico without either the Argentina superstar or Ronaldo since 2007.

Essien, though, does not feel the match has lost any of its lustre despite Messi, Ronaldo and Iniesta all being absent.

"Of course it's the best," Essien continued. "Playing in El Clasico is one of the most memorable highlights in my career.

"I played four El Clasicos, won two, drew too, I never lost. It's such a big game, and the whole world wants to watch it."