Hayne's Eels future in doubt as contract talks drag on 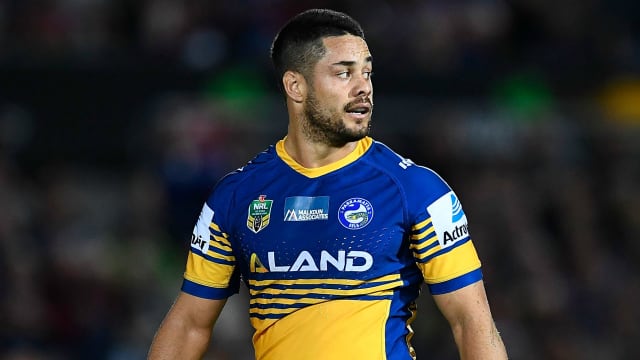 Jarryd Hayne's future at Parramatta Eels is far from certain amid ongoing contract negotiations, though the NRL club would like to keep the two-time Dally M Medallist.

Hayne – who enjoyed a stint in the NFL with the San Francisco 49ers – is out of contract and set to miss the start of pre-season as talks with the Eels drag on.

St George Illawarra Dragons have been linked with Hayne, who scored 10 tries in 15 appearances, tallied four assists, 10 line-breaks and 129 tackles as Parramatta finished bottom in 2018.

"We're still talking to Jarryd. We've obviously expressed our desire, and let that be known publicly that we'd like Jarryd to stay at our club.

"But there's a few issues to work through before we cross that bridge."

Pressed on whether the contract situation would be resolved before the start of pre-season, Gurr replied: "That's perfect-world stuff. Sometimes that doesn't happen. But I can guarantee you we're continuing to work through the process."