Cilic cops another blow in Basel, Zverev eases through 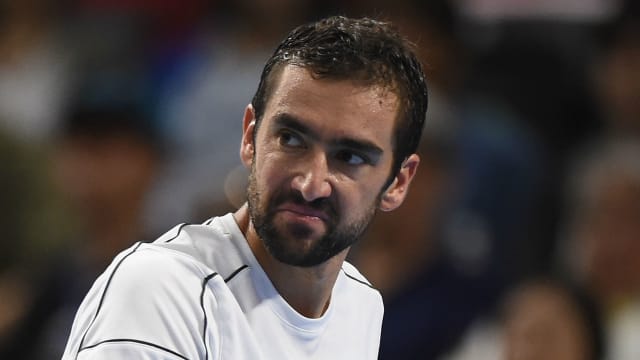 Marin Cilic will not seal an ATP Finals spot this week after suffering a shock second-round defeat to qualifier Marius Copil at the Swiss Indoors Basel.

Cilic would have been assured of a place in the season-ending tournament in London next month by winning the title in Basel, but lost 7-5 7-6 (7-2) on Wednesday.

A struggling Cilic had an abysmal first-serve percentage of only 39 and failed to secure a solitary break as world number 93 Copil pulled off a big upset.

Cilic made early exits at the Shanghai Masters and Japan Open Tennis Championships after losing in the quarter-finals of the US Open and Copil capitalised on the Croatian's loss of form, firing down 21 aces as he set up a quarter-final against Taylor Fritz.

What a result for @MariusCopil!

The World No. 93 beats Marin Cilic 7-5 7-6 (2) to advance to the @_Swiss_Indoors quarterfinals pic.twitter.com/PMAfXAoHQA

Second seed Alexander Zverev became the first player to take his tally of victories for the season to 50 with a 6-4 7-5 first-round success against Robin Haase.

Kevin Anderson remains on course to feature in the ATP Finals after he made it through to the quarter-finals of the Vienna Open without playing when Jurgen Melzer withdrew.

Grigor Dimitrov's slump continued in the Austrian capital, where Mikhail Kukushkin consigned the third seed to a 6-4 4-6 6-4 first-round defeat.

Gael Monfils and Karen Khachanov moved into the second round.