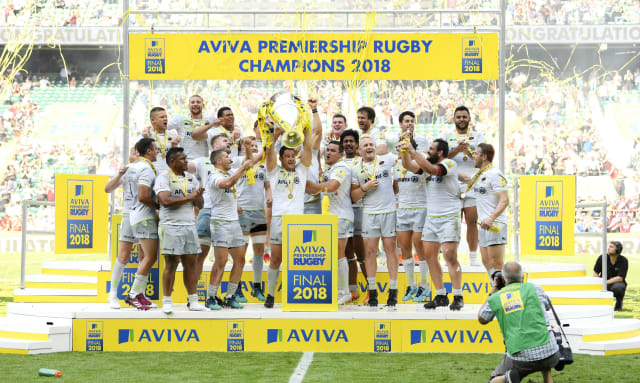 The Rugby Football Union (RFU) will introduce in-season breaks to the Premiership for the next three seasons as part of an initiative to improve player welfare.

The measures are designed to protect players during a schedule that includes the 2019 Rugby World Cup and the 2021 British and Irish Lions tour to South Africa.

Players who feature at the World Cup will be rested for Tests in July 2020 – unless they have had 20 or fewer match involvements in the prior season – and England's Lions representatives will get a two-and-a-half-month break and a rest week during the following November internationals.

A panel has been created to monitor and ensure compliance with the new principles.

The key announcements include:

- Guaranteed in-season breaks for players in each of the three seasons
- Mandatory five-week post-season rest for all players, consisting of two weeks' absolute rest and three weeks' active rest.
- Minimum of 10 weeks off/pre-season for England internationals (five weeks off, five weeks' preparation).
- A minimum of 12 weeks between the Premiership final and the opening round of the following season.
- Maximum of 35 match involvements (more than 20 minutes) in a season for all players.
- Maximum of 30 full-game equivalents (reduced from 32) in a season for all players.
- England players to have a mandatory rest week if playing all international matches and more than 65 per cent of total minutes (reduced from 80 per cent).

"The creation of the Professional Game Panel will also provide rigour and governance to ensure player welfare is protected as the absolute priority in English rugby."