Sale: Hospital visit was because of belly button ring 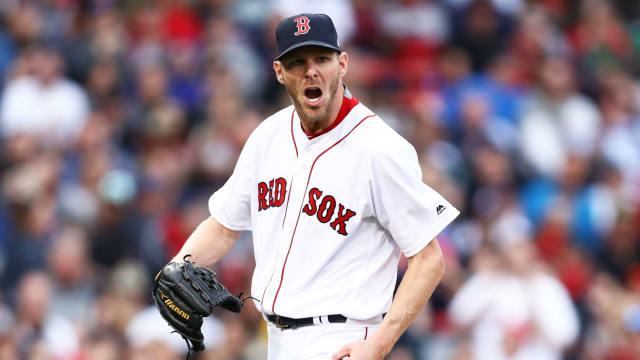 Boston Red Sox star Chris Sale says his absence from the American League Championship Series was due to irritation caused from a belly button ring.

Red Sox ace Sale was scheduled to start game five of the MLB ALCS against the Houston Astros on Thursday, but he was scratched after being hospitalised with an illness over the weekend.

That illness, starting pitcher Sale said, was brought on by a belly button ring.

"I had irritation from a belly button ring," Sale told reporters Saturday. "Constantly taking it in and out caused irritation. Doctors and nurses at MGH [Massachusetts General Hospital] were awesome. Things happen. You handle them. And keep moving forward.”

Sale's start in game five was pushed back to game six in Boston, but he never had to take the mound again as David Price started on three-days rest Thursday and tossed six shut-out innings to earn the win and give the Red Sox the American League pennant.

Sale will now start game one of the World Series on Tuesday in Boston. There has been no word as to whether he will be wearing the belly button ring.