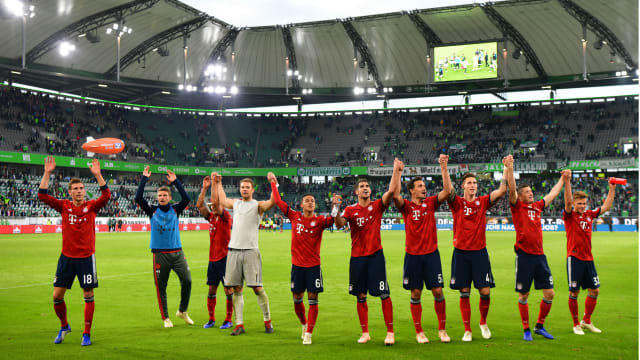 Bayern Munich boss Niko Kovac acknowledged that Saturday's 3-1 victory over Wolfsburg will lift a huge amount of pressure that was mounting on the Bundesliga champions.

Robert Lewandowski scored twice and set up the other as Bayern, who had Arjen Robben sent off, claimed a much-needed triumph to end a dismal four-game winless run – James Rodriguez, a player Kovac has reportedly endured a troubled relationship with, netting the decisive third goal.

That streak had seen Kovac, who arrived from Eintracht Frankfurt at the end of last season, come under criticism, with Bayern's hierarchy hitting out at the "disrespectful" German press in an extraordinary news conference on Friday.

And while Kovac, whose side sit four points behind Bundesliga leaders Borussia Dortmund, refused to be drawn on the comments made by Karl-Heinz Rummenigge and Uli Hoeness, he did reveal his relief at securing the points.

I would like to dedicate this victory to our fans supporting us during the good and bad moments. @FCBayern#MiaSanMia

"I said before, that we only got two points out of the last four games.

"Twelve were possible and that's not our requirement. We didn't want that and that's just not our standard. The result was very important.

"The team had pressure today and the staff as well, if not the whole club.

"I can tell you something about systems or about the game, but nothing else."

Bayern's attention will now switch to a Champions League trip to AEK Athens, before they return to domestic action against Mainz next weekend.