Cipriani sent off and facing ban for high tackle 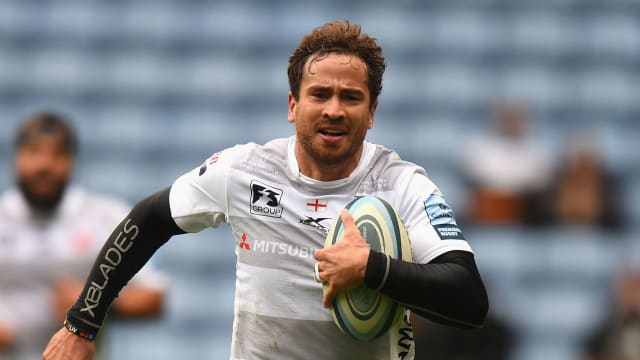 Danny Cipriani was shown a red card for a high tackle on Rory Scannell in Gloucester's European Champions Cup meeting with Munster on Saturday and could be facing a lengthy ban.

Gloucester fly-half Cipriani was given his marching orders in the 29th minute at Thomond Park for a clumsy tackle on Scannell that saw his shoulder connect with the Munster centre's head.

The 30-year-old offered an apologetic thumbs up to his opponent as he made his way off the pitch.

Despite a string of impressive performances at the start of his Gloucester career, Cipriani was this week omitted from Eddie Jones' England squad for the November internationals.

England boss Jones said the fly-half was behind George Ford and Owen Farrell in the pecking order and challenged him to work on certain areas of his game.