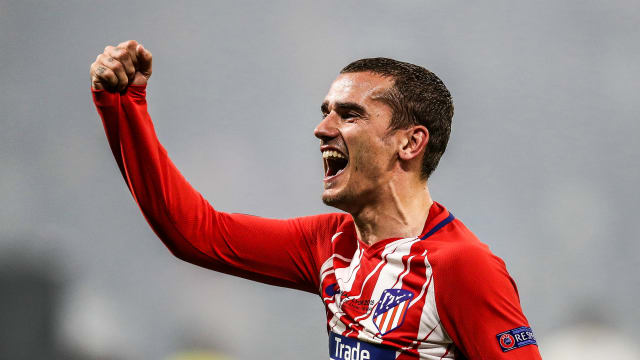 Atletico Madrid coach Diego Simeone is confident Antoine Griezmann will not be distracted by his desire to win the Ballon d'Or.

Griezmann is among the favourites, alongside Luka Modric, Cristiano Ronaldo and Kylian Mbappe, to win football's most prestigious individual honour.

The forward has enjoyed a stellar year that included Europa League and UEFA Super Cup glory with Atleti, as well as a World Cup triumph with France at Russia 2018.

Griezmann has made little secret of his wish to win the prize and Simeone believes the Frenchman deserves to be recognised for his achievements, but does not foresee a dip in standards from his star player.

"I don't think [there will be a lack of focus], what he did in the recent past is already there, he won the Europa League, UEFA Super Cup and the World Cup," Simeone said ahead of Atleti's trip to Villarreal on Saturday.

"He was also runner-up in LaLiga, facing the best teams in the world Barcelona and Real Madrid. Last season Griezmann was the best player in the world, for sure."

@Simeone on the #Ballondor: “@EuropaLeague champion, UEFA #Supercup champion, World Champion, @LaLiga runner-up against the best teams in the world, crucial for @equipedefrance. I say this again: I think that last season, Griezmann was the best. For sure." pic.twitter.com/HUeUtJ927Y

Atleti are just one point adrift of LaLiga leaders Sevilla in the table having taken 15 from eight matches this season.

That is the same amount as champions Barcelona and one more than Real Madrid, whose respective bosses Ernesto Valverde and Julen Lopetegui have faced questions over their futures.

It was put to Simeone that he avoids the same sort of criticism aimed at his rival bosses but the Argentine coach disagreed with that theory, stating that he came under fire after losing to Celta Vigo in September and that many claimed there was disharmony in his squad at times during the last campaign.

"You're the ones who write, I don't agree with your statement, we're all exposed, we depend on the results," he replied.

"The teams you named are big ones and the coach is a key piece if it gets results, we live to get good results, when we don't get them we're criticised.

"After the Celta game we were criticised, and also last season they said the team wasn't on the same page as me.

"Criticism always happens when you don't win, even if you control the game, if you don't win you will be criticised."