Mayweather should come back to fight me - Alvarez 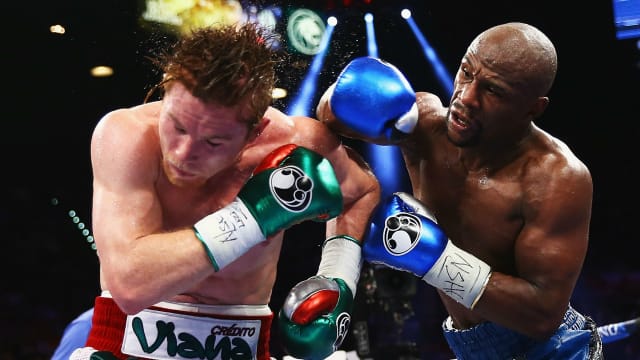 Saul 'Canelo' Alvarez believes a rematch with the undefeated Floyd Mayweather Jr. would be welcomed by boxing fans.

Two-weight world champion Alvarez (50-1-2) announced a record-breaking 11-fight deal with DAZN on Wednesday, which is worth a minimum of $365million and is the richest contract in sporting history, and he has given thought to who he might face after his December date with Rocky Fielding, the WBA super middleweight champion.

Mayweather is one potential opponent and, although the American has talked up a clash with UFC star Khabib Nurmagomedov, Alvarez would encourage the undefeated star to consider a repeat of their 2013 Las Vegas bout.

"Yeah, [Mayweather] should return, he should return," Alvarez told Omnisport. "And if he wants one more fight, we're here to give him a real fight, a good fight.

"[It would be] for the fans. I know that it would be good to make this fight so that they can enjoy some great sport. And so he doesn't hurt the sport by making the fights that he wants to make. He should come back to me.

A third bout with Gennady Golovkin is another possibility for Alvarez. After an initial draw, the Mexican triumphed last month.