Hinch says Altuve would be out with injury in regular season 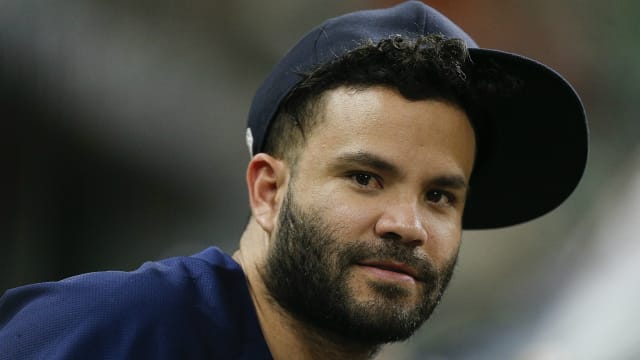 Jose Altuve is almost playing on one leg after hurting his knee, according to Houston Astros manager A.J. Hinch.

The persistent injury limited Altuve to DH duties in American League Championship Series (ALCS) games three and four. However, he is scheduled to start at second base against the Boston Red Sox on Thursday.

Hinch told reporters Altuve's knee issue is so severe, if this were the regular season, he would be out.

"He's hurt. If it's any other time of the year, he's not playing," Hinch said. "He would probably be on the DL."

"At this juncture, what he brings is beyond that comparison," Hinch said (via MLB.com). "He's not going to hurt himself any further. He's part of our heart and soul. You're going to have to drag him off the field and I applaud him for that."

Hinch used an interesting analogy to describe just how important the six-time All-Star and 2017 AL MVP is to Houston.

"You should try to live with someone pulling your heart out of your body and see how long you live," Hinch said. "We're not going to live without Jose."

Altuve, who lost what would have been a two-run homer in ALCS game four on a controversial fan interference call, is hitting .267 with one homer and four RBIs in seven games this postseason.