France's mentality must be right - Lloris 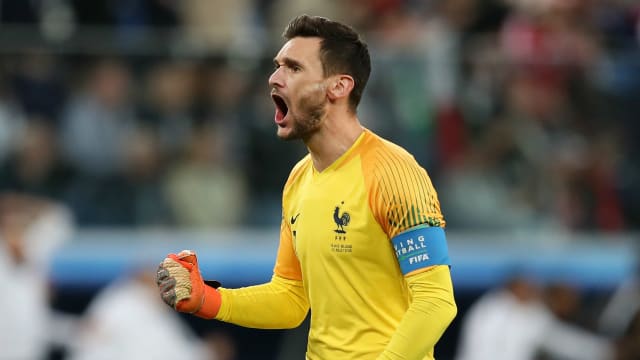 Hugo Lloris praised France's mentality after coming from behind to defeat Germany, although he acknowledged the world champions made life difficult for themselves in the first half.

France trailed to Toni Kroos' penalty at half-time at the Stade de France and Germany could have scored further goals before the break, with Leroy Sane tearing through the home defence seemingly at will.

But Didier Deschamps' men improved on a shoddy first 45 minutes after the restart and Antoine Griezmann scored twice in a 2-1 Nations League triumph, his first goal a stunning header from just inside the area.

Captain Lloris was pleased to see France's quality tell in the end, condemning struggling Germany to another defeat, but he knows they cannot afford to perform as they did before the interval.

"We have a lot of talented players in our squad but the main thing, as you could see in the first half, [is that] if you don't respect the basics in football, you make your life very complicated," said Lloris, whose side scraped a 2-2 draw with Iceland last week.

"At this level, all of the teams are very excited and very motivated to face France, because we are the last World Cup winners.

"As soon as we increased our level of intensity, we showed great character and great mentality to come back in the game. Without that, it's impossible to compete. It's not all about tactics. It's about basics and we had a lack of that in the first half.

"We changed all that in the second half and, with our talented players, the team is strong. The talented players make things easier for the team. It's a great result for France."

And opposite number Manuel Neuer was frustrated that Germany were not able to take full advantage of France's dismal start.

"Everything worked well right from the start - we had many good moves and created a lot of opportunities," Neuer said. "Unfortunately, we didn't score the first goal from [the chances].

"We scored the penalty but we should have converted more of our chances. We had some good ones, particularly in the first half. We were dangerous in their box, but we didn't manage to score a second goal."