Many clubs have asked about Piatek - agent 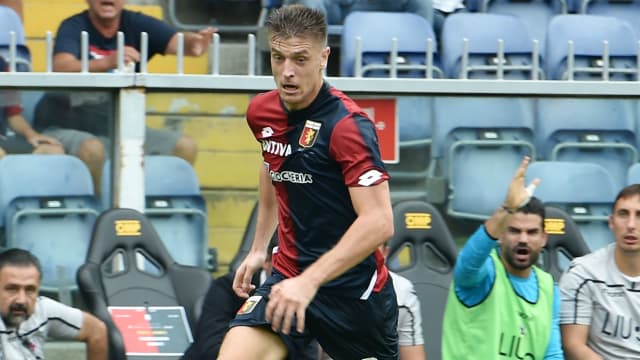 Genoa's scoring sensation Krzysztof Piatek has attracted plenty of interest but no formal offers have been made, according to agent Szymon Pacanowski.

Spanish rivals Barcelona and Atletico Madrid, Bundesliga duo Bayern Munich and Borussia Dortmund and also Premier League side Chelsea have emerged as suitors for Piatek, who has scored 13 goals in all competitions for his club this season.

Napoli president Aurelio De Laurentiis revealed he held talks with Genoa over Piatek after the 23-year-old Poland international became the first player since Gabriel Batistuta in 1994-95 to score in each of the first seven games of a Serie A campaign.

Interest is high in Piatek – who only arrived from Cracovia in June – but Pacanowski said the forward is happy at Genoa.

"Many clubs have contacted us over the last few weeks, but I won't name them," Pacanowski told CalcioNapoli24.

"However, there has been no formal offer from any club, including Napoli."

"His value has certainly risen over the three months in Serie A, but right now we are happy to remain at Genoa," Pacanowski added.