Griezmann ahead of Mbappe for Ballon d'Or - Modric 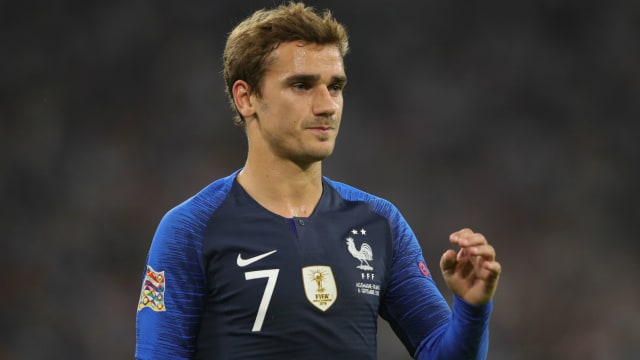 Antoine Griezmann is the French player who most deserves to win the Ballon d'Or, according to Croatia midfielder Luka Modric.

Modric is considered to be one of the leading candidates for this year's award following his starring role in Croatia's stunning run to the World Cup final, where they were defeated by Didier Deschamps' side.

A number of French players have been shortlisted for this year's award, with Griezmann, Kylian Mbappe and Raphael Varane tipped to feature highly in the final reckoning.

Griezmann scored four goals in Les Bleus' triumph in Russia and Modric believes the Atletico Madrid striker is well placed to end the 10-year dominance of the trophy by Lionel Messi and Cristiano Ronaldo.

"I would put Antoine Griezmann in pole position in terms of the three Frenchmen, for all he has achieved this year," Modric - who claimed the Golden Ball at the World Cup - told France Football.

Speaking about Mbappe, Modric added: "He's an extraordinary talent, a wonderful promise for the future but who has already displayed a great level. He's really special."

#CRO captain @lukamodric10 is the best player of the 2018 @FIFAWorldCup in Russia!
Congratulations to the #WorldCup Golden Ball winner! #BeProud#Croatia#WorldCupFinal#Vatreni pic.twitter.com/IR5T2xljrd

Modric, meanwhile, refused to say he deserves the prize despite admitting that the past year has been the best of his career to date.

"I do not like to talk that way and say: 'Yes, I deserve the Golden Ball'," he added.

"The important thing for me is to be on the field as I have been for months. This year has been without a doubt the best of my career. You are not going to make me say: 'It is I who must win it'."