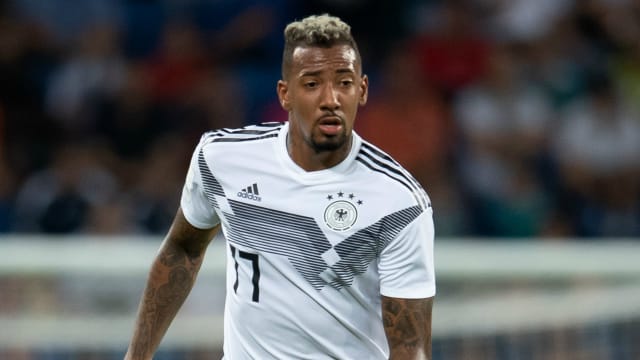 Joachim Low has been dealt another untimely headache with a calf injury ruling Jerome Boateng out of Germany's crunch Nations League clash with France.

The experienced centre-back played a full 90 minutes in the disappointing 3-0 loss to Netherlands, but has now left the team base in Amsterdam.

Boateng is the sixth player to withdraw from the squad Low initially picked and he will now have to choose a new partner for Mats Hummels to face the world champions in Paris on Tuesday.

Defeat to France would leave Germany, winless in two Nations League matches, on the brink of relegation to League B.

Boateng's condition will also concern Bayern Munich, who are battling their own form problems.

Niko Kovac has regularly rotated between Boateng, Hummels and Niklas Sule and will be loath to lose the 76-cap international as he attempts to end a four-game winless run.

@JB17Official has left the team hotel in Amsterdam and won't be available for #FRAGER due to a calf problem  #DieMannschaftpic.twitter.com/wLFt8PNbm6