Morgan and Chandimal see room for improvement after England win 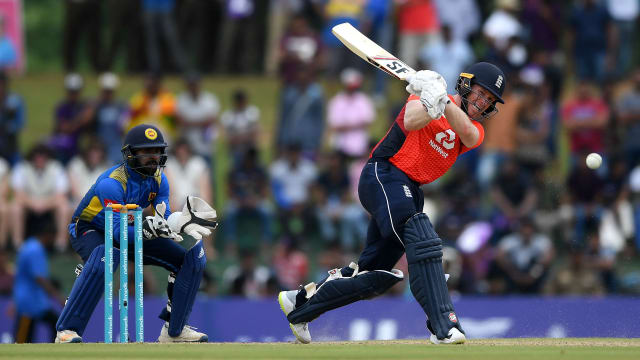 Eoin Morgan and Dinesh Chandimal both found room for improvement from their respective sides after England beat Sri Lanka by 31 runs on the Duckworth-Lewis-Stern Method in Dambulla.

After the first ODI was washed out by rain, another downpour brought a premature end to the second contest, with Sri Lanka 140-5 in reply to the tourists' total of 278-9.

Although England triumphed, skipper Morgan – who led the way with 92 from 91 balls – knows his top-ranked team are capable of much better performances.

England lost their way in the closing overs of their innings as Lasith Malinga starred and Sri Lanka then fought back from a poor start with the bat, the hosts having initially slumped to 31-4.

"I wouldn't say it's been our best game," said Morgan at the post-match presentation.

"We probably should have gone past a par score, we ended up just scraping towards that, but I think in essence it's not a bad run-out for us.

"I'd like to think we have a few more gears than what we showed. It's obviously early on in the series. We'll take a win; we've done enough to get a win, but ultimately we won't be that satisfied with the performance."

Eoin Morgan's 92 was the standout contribution, but England's bowlers did well to peg Sri Lanka back to 140/5.#SLvENGhttps://t.co/PEDmyTHOiYpic.twitter.com/xig0lGhoSF

Chandimal unsurprisingly highlighted Sri Lanka's dismal start with the bat, against Chris Woakes and Olly Stone, as the key factor in their loss, but felt his side still had a "really good chance to win" when the rain blew in.

"I think apart from the first seven to eight overs when we were batting, other than that, we did really well as a team," said Chandimal.

"That's one area we have to improve as a unit."