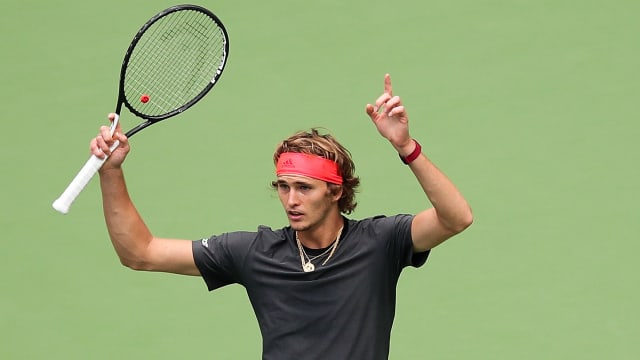 Alexander Zverev will return to London for the ATP Finals next month having sealed his place in the season-ending tournament with a Shanghai Masters quarter-final win over Kyle Edmund.

The German made his debut at the Finals last season and the 21-year-old ensured he will be involved again in 2018 following a 6-4 6-4 success over Edmund.

Zverev, ranked fifth in the world, is now two wins away from a fourth title of the year and is yet to drop a set in Shanghai.

Alexander Zverev is through to his first @SH_RolexMasters semi-final!

He stays undefeated against Kyle Edmund with a 6-4, 6-4 victory. Do you think he can take it even further this week?#ATPMasters1000pic.twitter.com/UQHcfRgw5A