England defender John Stones said facing Croatia in an empty stadium in the Nations League shapes as being a "strange situation."

Gareth Southgate's men meet Croatia in Rijeka on Friday in a rematch of their World Cup semi-final, but a completely different atmosphere is set to await.

The hosts are serving a ban for a punishment handed to them in 2015, when a swastika pattern was seen on their pitch during a Euro 2016 qualifier against Italy. 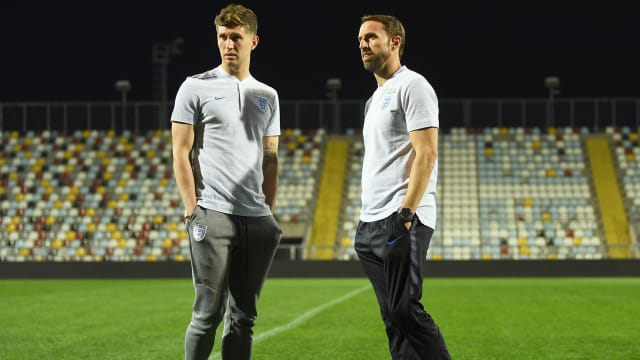 Stones is prepared for the unusual situation, but said it was likely to have a bigger impact on Croatia.

"It will be a strange situation. I've not played in an empty stadium since going back to FA Youth Cup days.

"I don't think we will focus on it too much. We trained all week on what to do on the pitch and not to focus on what's off the pitch."

Croatia edged England 2-1 after extra time when they met in Moscow three months ago.

Stones said that defeat – which came after Mario Mandzukic's 109th-minute winner – was tough to get over.

"It still plays on your mind, it was such a big occasion for us as players and the nation, the nation was all behind us," he said.

"As players, we lived it. It was difficult to take. I don't think anyone will lie about that in the squad."