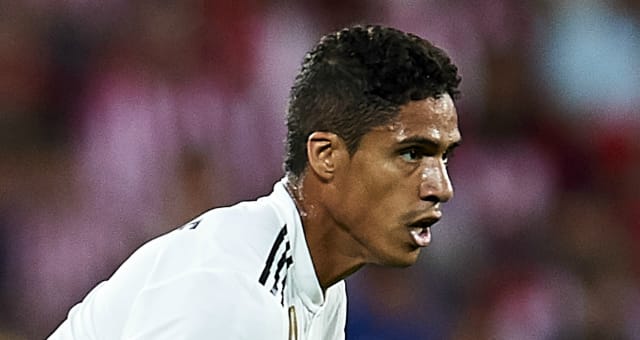 Eden Hazard is on a par with Kylian Mbappe and Neymar, according to Thomas Meunier, but the Belgium defender would pick Raphael Varane ahead of all three to win the Ballon d'Or.

Hazard has scored seven goals in eight Premier League appearances for Chelsea this season and the quality of his play has contributed to a revival in speculation linking him with a transfer to Real Madrid.

Paris Saint-Germain defender Meunier admitted there was little to choose between his Belgium colleague and his club-mates Mbappe and Neymar.

However, if forced to choose from the 2018 Ballon d'Or shortlist, World Cup-winning France centre-back Varane would be Meunier's selection.

"If I had to choose between Eden Hazard and Neymar to win the Ballon d'Or, I would pick Raphael Varane," he said.

"The forwards are always thought of, but he [Varane] won the World Cup and the Champions League. He is a regular, I like to watch him play and he is at the top.

"There is a logic to respect: Varane meets the criteria and is a favourite."

On Hazard specifically, he added: "I think Eden Hazard at this moment at the same level Kylian Mbappe and Neymar. They perform well every week.

"It's very hard to make a comparison."

Start of the preparation for the 2 games against Switzerland and Holland. 6 points in line of sight #WEAREBELGIUM #TÔTOUTARD pic.twitter.com/nR7pZG0mPW

Toby Alderweireld shared Meunier's view on Hazard, suggesting the Chelsea forward is playing the best football of his career.

"I think Eden Hazard is in really good shape at the moment," said Alderweireld.

"In my opinion, in the last couple of weeks he has been playing at his highest level ever.

"He is a fantastic player."