Morgan would drop himself to boost England's World Cup bid 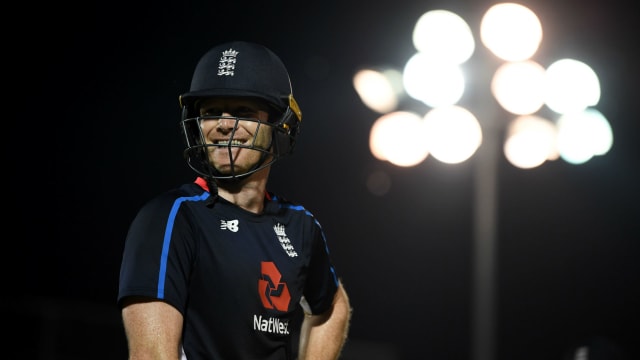 Captain Eoin Morgan is willing to make a "brave call" and leave himself out of England's one-day side, provided it improves their chances of winning the 2019 Cricket World Cup on home soil.

England, who top the world rankings in the 50-over format, continue their preparations for the tournament with a five-match series in Sri Lanka starting on Wednesday.

Morgan's leadership has been pivotal in helping turn around the team's fortunes since a disastrous campaign at the last World Cup in 2015, yet his position of power does not guarantee him a place in the XI.

While the left-hander has scored 561 ODI runs at an average of 33 in 2018, he acknowledges England's strength in depth in white-ball cricket means every player - including the skipper - is under pressure to perform.

"It is a brave call, but we have come a long way with this team and we need to put ourselves in the best position in order to be contenders," Morgan said in an interview with Sky Sports.

"If that means I am not good enough to be in the team as a captain or as a player I will be the first one to say it, I'm an honest guy. I'm more than capable of making a tough decision.

"I've dropped myself in the past to create opportunities for guys and see if they can play at international level or given them an extra chance to prove themselves.

"When you drop yourself as a captain it sets the tone and example of 'nobody's place is cemented'.

"We are trying to build a squad of 16 or 17 to try and win a World Cup, that's the objective. It's not an individual trying to get runs or wickets - it's a team collective everyone must be prepared to buy into."