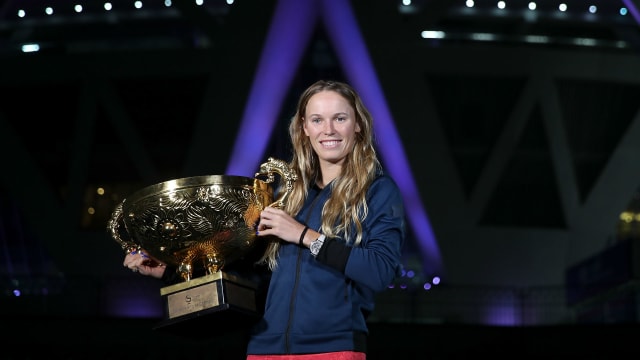 Caroline Wozniacki staved off a second-set comeback attempt from Anastasija Sevastova to win 6-3 6-3 and reclaim the China Open trophy.

The first of Wozniacki's 30 titles on the WTA Tour came in Beijing in 2010 and she did not drop a single set en route to her third championship of the season.

Wozniacki claimed the only break of the opening set and looked set to surge to the win after moving 4-1 up in the second by racing in from the baseline after Sevastova's backhand clipped the net cord.

The Latvian – featuring in her first WTA Premier final after overcoming Naomi Osaka in the semi-finals – responded with a break of her own, but she made 21 errors in the second set alone as the Australian Open champion reeled off the last three games to triumph.

"China holds a special place in my heart. I became number one here for the first time many years ago – eight years ago," said Wozniacki.

"I want to thank my team; Michael [Mortensen, her coach] thank you for being here and helping me out, and of course my dad, who has always been there with me since the start.

"I also want to thank and apologise to Anastasija for today. We always have tough matches and I'm sure we'll have many more in the future."