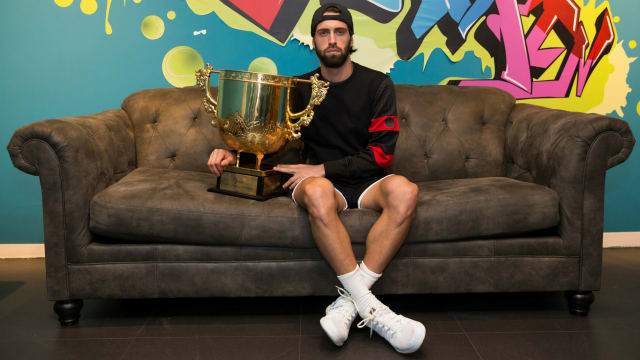 Nikoloz Basilashvili upset an ailing Juan Martin del Potro to claim his second ATP Tour title of the season at the China Open.

The Georgian triumphed 6-4 6-4 after one hour and 39 minutes on court in Beijing to follow up his success at July's German Tennis Championships in Hamburg.

Basilashvili saved all seven break points he faced on his own serve against Del Potro, who admitted after the match he had played in the final despite being ill.

Still, the 2009 US Open champion had his chances to force a decider after losing the opening set, failing to take any of the three break-point opportunities he created when leading 4-3.

He lost his own serve in the next game, but had further chances to draw level in a see-saw 10th, Basilashvili eventually sealing victory on his third championship point.

"I'm really feeling well on court. Playing against Juan, he was sick for sure, I could see that," the 26-year-old from Tbilisi told the ATP Tour.

"But he put me in really tough situations. I needed to really work it, to work hard to win the points. I really enjoyed this match.

"To win a title here in Beijing means a lot, it's one of the best tournaments here."