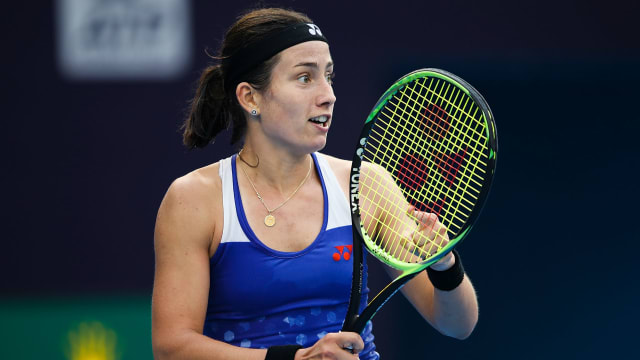 Anastasija Sevastova swept aside Naomi Osaka en route to her maiden WTA Premier final in the China Open on Saturday.

The Latvian, who retired from the sport in 2013 citing illness and injury, is seeking a second title of the year after her success at the Bucharest Open in July.

Yet to drop a set in Beijing, Sevastova continued that perfect run with a 6-4 6-4 success over the US Open champion, who looked some way below her best and was treated for a lower back problem towards the end of the contest.

Osaka came under pressure as early as her second service game, forced to save three break points with some gutsy rallies, but a pair of errors at 3-3 - a forehand into the net and a backhand sent long - saw Sevastova edge ahead for the first time.

And the world number 20 saw out the set in resounding fashion with an ace out wide, before carrying her momentum into the second with a break for 3-2 as Osaka erred on the forehand side.

The medical attention for a back issue seemed to boost the eighth seed, who managed to get back on serve and raise hopes of a comeback similar to that on Friday, when she recovered from a set down against Zhang Shuai.

It was not to be for the Japanese, though, as Sevastova regained her composure to break for a third time in the match and set up a decider against second seed Caroline Wozniacki or in the in-form home favourite Wang Qiang.

How does that first career Premier final feel? #ChinaOpenpic.twitter.com/fUZZMS9Nqc