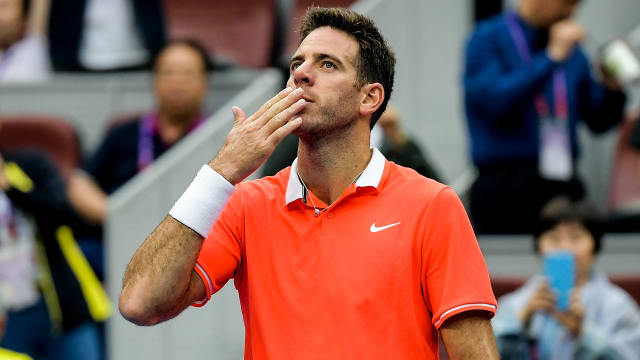 Juan Martin del Potro booked his place in the China Open final without even playing on Saturday as Fabio Fognini was forced to pull out through injury.

Del Potro, already assured of a place at the ATP Finals, hammered Filip Krajinovic 6-3 6-0 in the last eight on Friday and will enjoy a full 48 hours' rest before Sunday's decider against either Kyle Edmund or Nikoloz Basilashvili.

Fognini sustained an ankle problem towards the end of his 6-4 6-4 quarter-final success over Marton Fucsovics and could not recover in time to face Del Potro.

The Argentine will now prepare for his sixth final of what has been a stellar 2018, and what he hopes will be a 23rd career title.

.@delpotrojuan advances to the @ChinaOpen final as Fabio Fognini withdraws due to an ankle injury. pic.twitter.com/I0HWx5COZG

Meanwhile, in Tokyo, the Japan Open Tennis Championships final will be contested between home favourite Kei Nishikori and Daniil Medvedev.

Two-time champion Nishikori, 10th in the Race to London standings, defeated Richard Gasquet 7-6 (7-2) 6-1. Medvedev produced a superb service performance, including 12 aces and no double-faults, to down Denis Shapovalov 6-3 6-3.

The Russian is seeking a third title of the year, while Nishikori has not triumphed on the ATP Tour since February 2016.