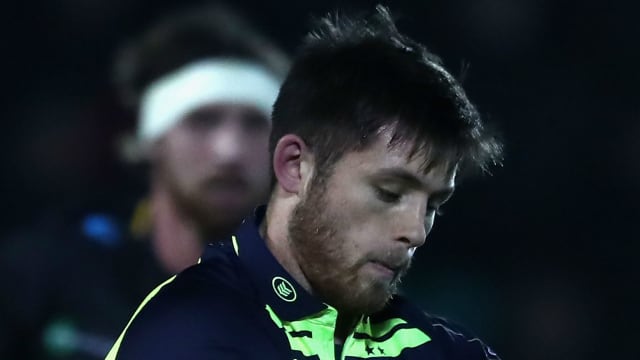 Ross Byrne produced a masterful kicking display as Leinster beat Munster 30-22 and the Scarlets claimed a Pro14 derby win over the Ospreys on Saturday.

Fly-half Byrne scored 13 points from the tee at the Aviva Stadium and James Lowe dotted down in both halves as the defending champions stretched their winning run to four matches.

A penalty try for Leinster opened the scoring and although Tadhg Beirne and CJ Stander went over in the first half and Alby Mathewson added another 14 minutes from time, the Conference B leaders were not to be denied another win.

The Scarlets occupy second spot behind the holders after edging out their derby rivals 20-17.

The man! @Ross__Byrne is presented with the Guinness PRO14 man of the match award by Guinness after his performance for @leinsterrugby#LEIvMUN#GUINNESSPRO14pic.twitter.com/96UEZUo9vy

Quickfire tries from Cory Allen and George North gave the Ospreys a 12-10 advantage at the break following a fine early score from Johnny McNicholl.

Rhys Patchell's second half try and the boot of Leigh Halfpenny - who finished with 10 points - ensured Luke Morgan's try was in vain.

Owen Lane helped himself to a double as Cardiff Blues also secured a derby win, seeing off the Dragons 23-15, and Justin Forwood was sent off as Benetton Treviso beat Southern Kings 28-5.