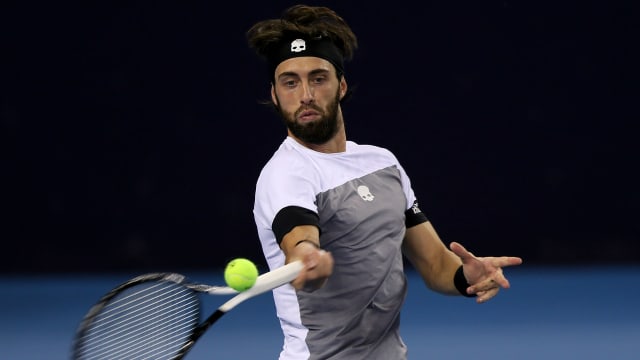 Del Potro was the beneficiary of Fabio Fognini's withdrawal from the day's first semi-final due to an ankle injury, before Basilashvili overcame fifth seed Edmund 7-6 (8-6) 6-4.

The win sees the world number 34 into his second ATP 500 final of 2018, after his triumph at the German Tennis Championships in July.

Edmund, yet to reach a final at the 500 level, saw three set points come and go towards the end of the opener and the world number 16 was left further frustrated in letting slip a 4-1 lead in the breaker.

Basilashvili raced into a 3-0 lead at the start of the second set and, although he was broken when serving for the match at 5-3, hit back immediately to seal victory and a meeting with 22-time Tour winner Del Potro.