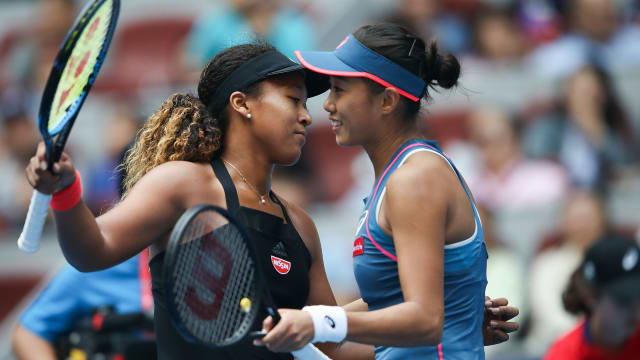 Naomi Osaka dug deep to see off home hope Zhang Shuai and book a semi-final spot at the China Open.

The US Open champion was a set down and faced a 4-1 deficit in the decider before ultimately securing a 3-6 6-4 7-5 success.

"She's such an incredible player and it was really hard to play against her here," Osaka said following a contest that lasted more than two and a half hours.

"I'm just thinking one match at a time, and it can only get harder from here."

It's a great comeback win for @Naomi_Osaka_ !

Osaka racked up 66 unforced errors, but was also rewarded for her aggression with 51 winners, dwarfing Zhang's 13.

She will now face Anastasija Sevastova in the last four of the WTA Premier event, with the Latvian having defeated Dominika Cibulkova.

Sevastova hit back from being a break down three times in the second set to win 6-3 7-6 (7-5) and progress to the semis of a tournament for the sixth time this season.