Del Potro marches into Beijing semis, Anderson out in Tokyo 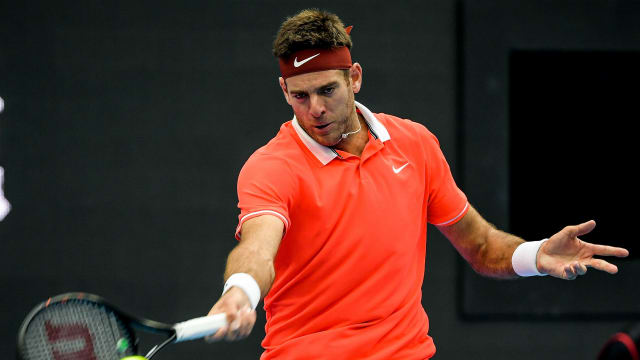 Del Potro booked his own place at the season-ending Finals this week and he continued to cruise through in Beijing, defeating Filip Krajnovic 6-3 6-0.

A tougher test should lie in wait in the last four as the Argentine faces fourth seed Fabio Fognini, who was similarly dominant in a straight-sets win over Marton Fucsovics.

Kyle Edmund came through his quarter-final on the other side of the draw, beating Dusan Lajovic 6-3 7-6 (7-4) to set up a meeting with Nikoloz Basilashvili.

Anderson - seventh in the race to London - missed the opportunity to bolster his chances of making the Finals as he was edged out 7-6 (8-6) 7-6 (7-4) by Richard Gasquet in Tokyo.

Gasquet will have to cause another upset to reach the final as he will face home favourite Kei Nishikori, who defeated Stefanos Tsitsipas 6-3 6-3.

There are no seeds remaining on the other side of the draw, however, after Milos Raonic lost to Daniil Medvedev. The Russian is next up against Denis Shapovalov, the winner of a tense three-set clash with Jan-Lennard Struff.