Canelo stepping up to super-middleweight to challenge Fielding 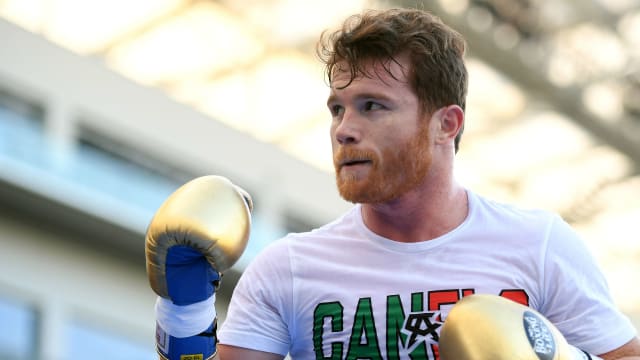 Saul 'Canelo' Alvarez is moving up to super-middleweight for his next fight after it was announced he will challenge WBA champion Rocky Fielding on December 15.

Alvarez was last in action at middleweight, beating Gennady Golovkin last month on points in a much-anticipated rematch after their first bout ended in a contentious draw.

The Mexican's triumph at the T-Mobile Arena in Las Vegas secured the WBA and WBC titles in the division, as he not only snatched the belts from GGG but also ended his rival's unbeaten record.

A third meeting may yet happen in the future, but next up the 28-year-old will look to become a three-weight world champion when he faces Fielding at Madison Square Garden before the end of the year.

It will be Alvarez's first experience of fighting at the famous venue in New York – his last bout outside Las Vegas was in September 2016, when he defeated Liverpudlian Liam Smith to secure the WBO light-middleweight title in Arlington.

Now, he will take on another Englishman in Fielding, who boasts a 27-1 record and claimed the WBA strap in July by stopping previous champion Tyron Zeuge in Germany.

The 31-year-old's only loss as a pro came against compatriot Callum Smith in November 2015, but he has reeled off six wins in a row since that first-round stoppage.

"He's grafted away and never turned a fight down. He had that defeat to Callum Smith but has bounced back with some big wins," promoter Eddie Hearn told Sky Sports after the fight was confirmed on Friday.

"He went to Germany and ripped the title from Tyron Zeuge in a great fight. And yes, it's true – Rocky Fielding will defend his world title against Saul Alvarez at Madison Square Garden."