Zverev crashes out in Beijing 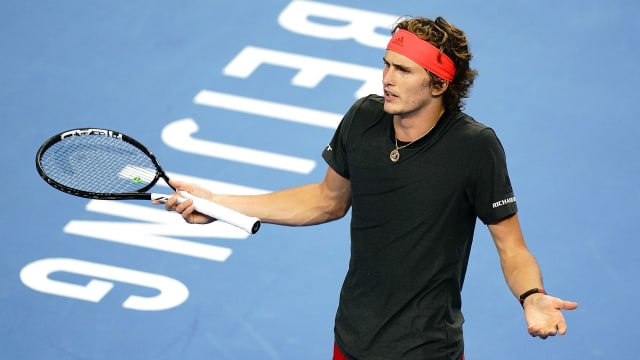 Alexander Zverev's hopes of reaching the ATP Finals in London were dealt a blow on Thursday as he was knocked out of the China Open.

The German is fifth in the qualification standings, on course for a place in the top eight, but he will not be able to boost his chances this week after defeat to unseeded Tunisian Malek Jaziri.

Zverev lost a first-set tie-break before fighting back in the second, but Jaziri recovered his earlier momentum and secured a shock 7-6 (7-4) 2-6 6-4 win in Beijing.

Kevin Anderson enjoyed a better day than Zverev as he saw off Frances Tiafoe 6-3 3-6 6-2 at the Japan Open Tennis Championships to move up to seventh in the Race to London.

Stefanos Tsitsipas also required three sets to defeat Alex de Minaur and join Anderson in the quarter-finals, along with Richard Gasquet, who edged past Nick Kyrgios 7-6 (7-4) 7-6 (7-1).