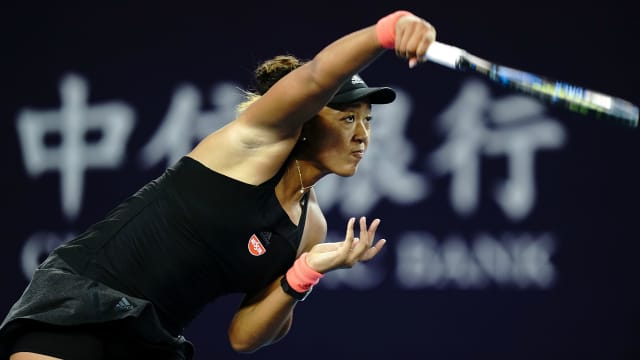 Naomi Osaka continued her stunning form at the China Open on Thursday, easing past Julia Goerges to reach the quarter-finals in Beijing.

The US Open champion recorded a 24th win in 28 matches with a resounding 6-1 6-2 triumph over her German opponent after just 66 minutes on court.

Osaka – who qualified for the WTA Finals in Singapore by beating Zarina Diyas on Monday – has now lost just 11 games in her three outings in the tournament, a far cry from a year ago when she lost in the first round against Angelique Kerber.

Goerges had progressed after Lesia Tsurenko's retirement during the deciding set in the previous round but the 10th seed had no answer against her in-form opponent on Thursday.

"The last time I played on this court I lost, so I really wanted to win a match here," Osaka said in an on-court interview, while also dedicating the result to coach Sascha Bajin on his birthday.

The eighth seed recorded two early breaks as she raced out to a 5-0 lead before clinching the opener on her second set point.

The second followed a familiar pattern as Goerges once again lost serve twice, though she did fail to capitalise on two break-point opportunities in the fourth game.

Osaka had few problems in the remainder of a one-sided contest, though, as she levelled the head-to-head score at 1-1 for the year following a loss in their previous meeting in Charleston.