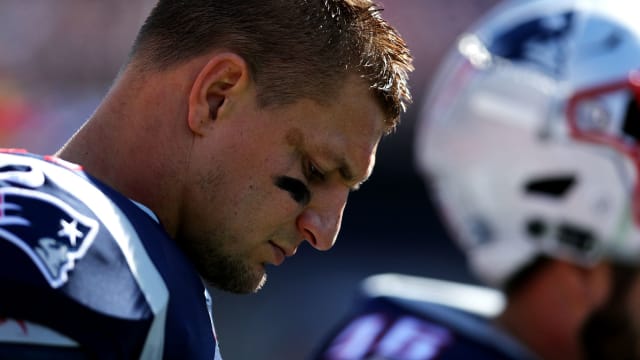 Patriots tight end Rob Gronkowski returned to the field, but in a limited capacity after suffering an ankle injury on Sunday.

His status for New England's game on Thursday against the Indianapolis Colts remains questionable, the team announced.

Gronkowski, who had been day to day following week four's win over the Miami Dolphins, missed Monday and Tuesday's practices but was able to participate in the walkthrough leading up to the Colts matchup.

The five-time Pro Bowl player has been quarterback Tom Brady's go-to receiver this year with 24 targets through the team's first four games.

Gronkowski has 17 receptions for 233 yards and one touchdown. He has the second most catches behind James White (22) and leads the team in yards.

If Gronkowski is unable to start at Gillette Stadium on Thursday, Dwayne Allen could get the call.