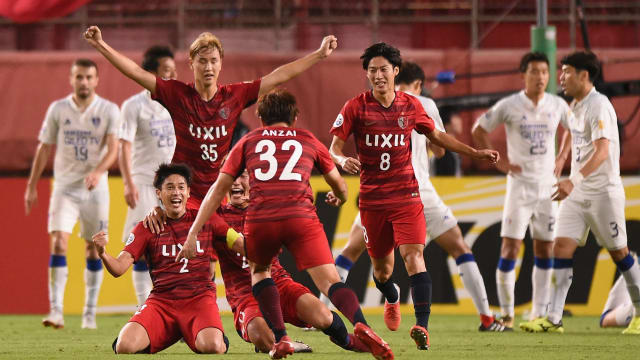 Atsuto Uchida made amends for a first-half own goal with a late winner as Kashima Antlers moved a step closer to a maiden AFC Champions League final appearance with a 3-2 win over Suwon Bluewings.

However, Jang Ho-ik put into his own net to halve Suwon's lead, before Serginho levelled things up with six minutes to play.

And there was still time for a late twist as Uchida fired home a third for Kashima in the 93rd minute, putting them in the driving seat ahead of their trip to South Korea on October 24.

FULL-TIME | Kashima Antlers (JPN) 3-2 Suwon Samsung Bluewings (KOR)
@atlrs_official wins the 1st leg of the #ACL2018 Semi-finals with a dramatic late goal! But @bluewingsfc are still in the running with 2 away goals! #KSMvSSBpic.twitter.com/D1nmZDwMSY

Suwon started the match on the front foot and were ahead inside two minutes as Uchida chested a right-wing corner over the line, the efforts of Kwoun Sun-tae not enough to stop Kashima falling behind.

An action-packed first half had its third goal in the 21st minute as Jang powered a header into his own net under pressure from Yuma Suzuki, the defender unable to divert Serginho's cross away from goal.

The hosts were fortunate not to be reduced to 10 men on the stroke of half-time as Kwoun appeared to headbutt Im Sang-hyeob, with the goalkeeper only shown a yellow card.

Kashima upped the tempo after the break and finally got their reward in the 84th minute as the impressive Serginho arrived at the back post to slot home Daigo Nishi's low cross.

Uchida then atoned for his early mistake with the game's winning goal, the defender pouncing after Shin Hwa-yong had failed to collect Serginho's free-kick.

Kashima will now hope to repeat their group-stage win in Suwon to book a place in next month's final against either Al Sadd or Persepolis – the latter leading 1-0 after their first leg.

Wood you Bur-lieve it? Dyche has striker selection dilemma