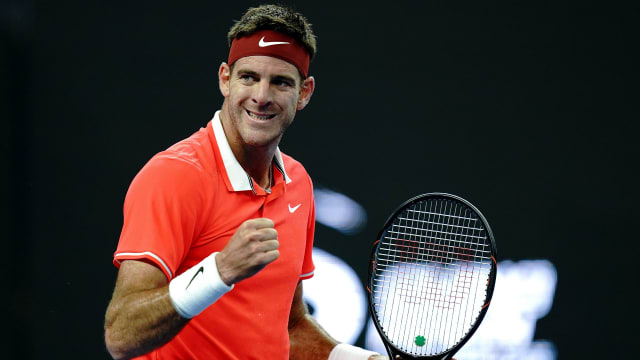 Juan Martin del Potro sealed his place in the ATP Finals by reaching the quarter-finals of the China Open, while Denis Shapovalov reached the last eight of the Japan Open at the expense of Stan Wawrinka.

Del Potro has been a force to be reckoned with this year and the world number four will play in London next month following a 6-4 7-6 (7-4) defeat of Karen Khachanov in Beijing on Wednesday.

The top seed, beaten by Novak Djokovic in the US Open final last month, did not face a break point in the opening set, Khachanov paying the price for failing to hold in the first game of the match.

An errant Del Potro forehand prevented him from serving out the match after he had broken to lead 6-5 in the second, but the Argentine won the tie-break to ensure he will face Filip Krajinovic, who advanced at the expense of Feliciano Lopez, and feature in the ATP Finals for a fifth time.

For the first time in five years, @delpotrojuan will play at the #NittoATPFinals in 2018! pic.twitter.com/cECdKpFicB

Struggling third seed Grigor Dimitrov crashed out at the hands of qualifier Dusan Lajovic, who claimed only the second top-10 win of his career with a 6-4 2-6 6-4 upset.

Shapovalov said he had realised a dream after claiming the scalp of Wawrinka, winning 4-6 6-1 6-4 in Tokyo.

The Canadian teenager described playing the three-time grand slam champion as a "what-you-live-for moment", but Wawrinka will want to forget his latest setback.

Kei Nishikori reached the quarter-finals in his homeland with a 6-3 7-5 defeat of Benoit Paire, while Milos Raonic and Daniil Medvedev are also through to the last eight.

Kevin Anderson came from a set down to beat Matthew Ebden 4-6 7-6 (7-1) 6-2 in the first round in Tokyo, while Australian duo Nick Kyrgios and Alex de Minaur also went through.