Valencia and Man United 100 per cent behind Mourinho 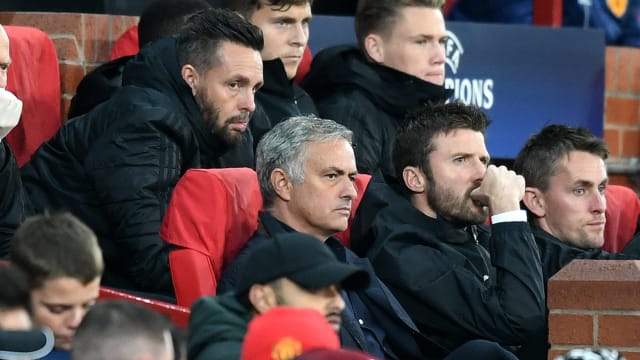 Mourinho's side produced another lethargic and unimpressive performance amid reports of dressing-room unrest at Old Trafford – with the Portuguese boss now having gone four consecutive matches without a home win for the first time in his career.

Asked if he is fully behind Mourinho, Valencia replied: "One hundred per cent. He is our boss, we have to be with him and we are fighting."

There has been ongoing talk of a rift between Mourinho and star midfielder Paul Pogba, speculation heightened following a training-ground confrontation last week and the latter being stripped of vice-captaincy duties.

Ecuadorian veteran Valencia has also been in the headlines amid reports of his own falling out with Mourinho in Manchester.

The boss reacts to tonight's game with #MUTV... #MUFCpic.twitter.com/VqROzaIFXb

"No, I have never had any problem with anyone, thank God," Valencia said. "The decision [about the captaincy] is for the coach to make, now we need to see the positives. We played an important game and got a point, now we have a game against Newcastle and we need to fight."

"What I can say from the inside is that the lads are calm, working every day with a good attitude," Valencia added. "We haven't got good results and that's why rumours arise."

United's form has seen the Red Devils collect just 10 points from seven fixtures in the Premier League, leaving the team nine points off the pace.

Saturday will see United host lowly Newcastle United before the international break and left-back Luke Shaw is desperate to return to winning ways.

"Disappointing because it's two points dropped at home where we should be getting three points. It's hard," Shaw told MUTV.

"I think sometimes the tempo was too slow. We need to move the ball quicker and create more chances. We did have chances but we didn't take them. We should be winning these games. We haven't won here for a while. We need to fix that with a win against Newcastle on Saturday.

"In the Champions League you need to pick up maximum points. Four points is okay I guess but we should have six. We have Juventus coming here next. You want to be playing against the best teams and maybe that's what we need – we need a big team to come here and pick ourselves back up again to show we are United."