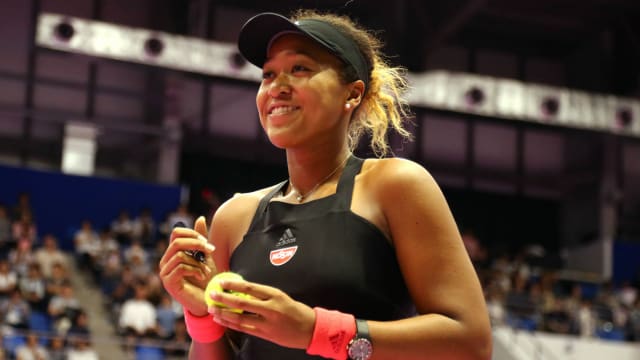 Naomi Osaka breezed into the third round of the China Open with a straight-sets demolition of Danielle Collins.

Osaka pulled out of the Wuhan Open last week due to illness, having stated that she was exhausted after missing out on back-to-back titles in Tokyo following her US Open triumph.

The 20-year-old eased past Zarina Diyas in Beijing on Monday to become the third player to qualify for the WTA Finals in Singapore and marched into round three with a 6-1 6-0 thrashing of Collins.

Osaka, who will now face Julia Goerges, was broken in the first game of the match but won the next 12 to dump the unseeded American out in only 53 minutes.

Getting it done in style.@Naomi_Osaka_ needs just 53 minutes to beat Danielle Collins 6-1, 6-0 at @chinaopen !#ChinaOpen#大坂なおみpic.twitter.com/OXCm6kETFZ

The eighth seed from Japan had too much power for Collins, dictating from the baseline with fearsome groundstrokes off both wings.

Osaka fizzed an ace down the tee to earn a first match point, which she won when Collins got too much on a backhand return.