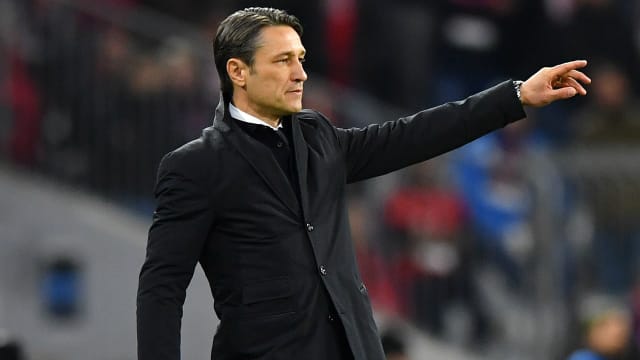 Niko Kovac said "maybe everything was a bit too easy" for Bayern Munich previously after the German giants' winless streak continued against Ajax in the Champions League.

Mats Hummels' early opener was cancelled out by Noussair Mazraoui as Bayern were surprisingly held to a 1-1 draw by the Dutch visitors on Tuesday.

Bundesliga holders Bayern have now gone three games without victory in all competitions, having started the season with seven successive wins.

"Nobody expected that. But that's football. When you fall, you always have the opportunity to get up," head coach Kovac told Sky Germany about Bayern's slump.

"Maybe everything was a bit too easy. Now we have to roll up our sleeves. I know what struck the clock, that we did not win three games and we need to focus on the essentials again. That's not what I imagined personally.

"Now we have to quickly show the face that made us so good in the first seven games."

We will work even harder - for you! #MiaSanMia#UCL#FCBAJApic.twitter.com/snnuHzxg3j

Bayern were shocked by Hertha Berlin last week but the Bavarians made a flying start in the Group E clash – Hummels breaking the deadlock in just the fourth minute.

Ajax, however, responded midway through the first half via Mazraoui's fine strike and it proved to be enough to frustrate Bayern.

"That was certainly not a good game from us," Kovac said. "We did that very well in the first 15 minutes. Then we played negligently, won too few duels, every second ball was at the opponent.

"We simply played too many bad passes. We wanted too much, too fast. As a result, you build up the opponent and lose confidence. That was a winning point for us in the end. You have to see it that way."

Bayern star Thomas Muller added: "We certainly had a better phase this season. Our way of playing is in need of improvement.

"We have to stay tuned, something else does not help us. We have to sort the bones and fix everything on Saturday. In football you have to look forward."