Lenglet applauds Messi leadership on and off the pitch 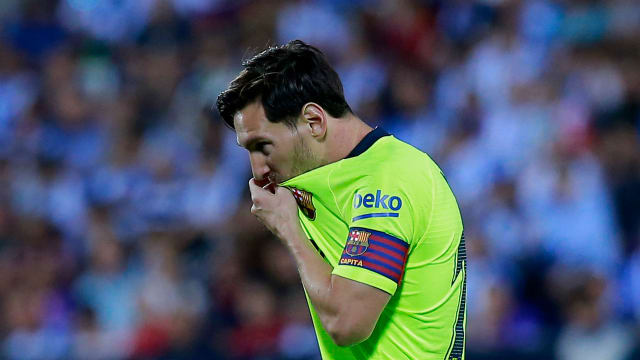 Lionel Messi is a great captain because he leads by example on the pitch and inspires off the field with words of wisdom, according to Barcelona team-mate Clement Lenglet.

But after three successive LaLiga matches without a win, some have criticised Barca for having a lack of leadership on the pitch, particularly in the 1-1 draw at home to Athletic Bilbao on Saturday when Messi started on the bench.

His introduction in the second half lifted Barca and he ultimately set Munir El Haddadi up for a late equaliser, but before Messi entered the pitch, Ernesto Valverde's men looked alarmingly devoid of ideas.

Wednesday's Champions League trip to Tottenham is the start of a tricky run of fixtures, which will also see Barca face Valencia, Sevilla, Real Madrid, Real Betis, Atletico Madrid and Inter twice before the end of November, but Lenglet believes in Messi they have a fine leader to follow.

"He does not express himself often, but when he does so, everyone listens to him. He's always relevant and his [words] resonate with you."

Lenglet is likely to start at Wembley as Samuel Umtiti will serve a one-match ban following his sending off against PSV.