Del Potro wins in Beijing, Cilic out in Tokyo 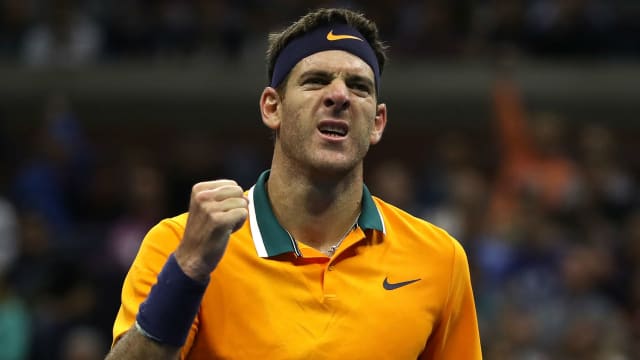 Beaten US Open finalist Juan Martin del Potro won his first match since losing to Novak Djokovic at Flushing Meadows as he saw off Albert Ramos-Vinolas in the first round of the China Open.

The Argentinian, who has not claimed a title since winning the Indian Wells Masters in March, triumphed 7-5 6-2 against Ramos-Vinolas as he looks to secure his place in next month's ATP Finals.

Del Potro, 30, would reach the end-of-season competition should he get to the final in Beijing.

"I think it's a good battle between us to qualify for London," Del Potro said in quotes published on the ATP's website.

"It's something extra, another extra pressure for us. But it's a nice pressure, I think. We enjoy that pressure because we are fighting for the same goal."

Another of those hoping to be in that season-ending tournament in London is Alexander Zverev, who beat Roberto Bautista Agut 6-4 6-4 in his first match since the US Open.

Elsewhere at the China Open, there were first-round wins for the likes of Fabio Fognini, Fernando Verdasco and Grigor Dimitrov.

Who made moves last week in Shenzhen and Chengdu in the ATP Rankings?

Marin Cilic was a surprise first-round casualty at the Japan Open Tennis Championships as the top seed was ousted in a 3-6 6-4 7-6 (7-1) defeat to Jan-Lennard Struff despite being a break up in the decider.

Fifth seed and world number 15 Stefanos Tsitsipas revealed he was unable to hear out of his right ear in his match with Taro Daniel but had no problems dispatching the home hope 6-1 6-3.

The Greek had water stuck in his ear, and said: "For the past couple of days it's been a bit strange playing with this, but I played really well despite that problem.

"One of my goals was getting out on the court and just playing my game, it doesn't matter if I have this thing in my ear."