Wozniacki back on track in Beijing 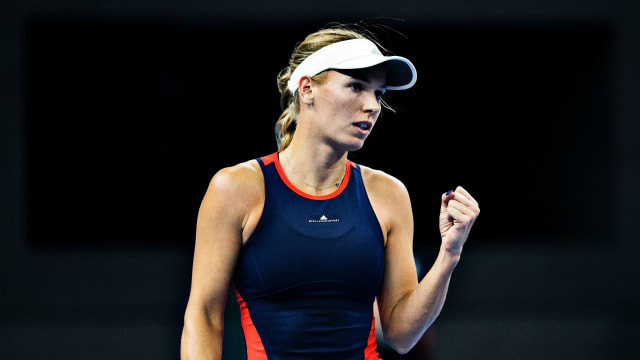 Caroline Wozniacki appeared to return to form at the China Open as she defeated a top-60 player for the first time since triumphing at Eastbourne.

The world number two has endured a torrid run of late, but she enjoyed an opening victory on Monday, with Garbine Muguruza and Naomi Osaka also among the big names to triumph.

Madison Keys has withdrawn @ChinaOpen due to left knee injury. Anastasia Sevastova its a walkover into the 3R to play either Vekic of Jabeur.

Danish star Wozniacki appeared to be in top form heading into Wimbledon after defeating Angelique Kerber en route to victory at Eastbourne, but she could only reach the second round at the All England Club and crashed out at the same stage at the US Open.

Results outside of the majors have been no better, recording only rare victories against lower-ranked players, and so a routine win over Belinda Bencic may well mean more than it perhaps should.

Wozniacki was dominant in Beijing, defeating a player she has struggled against previously 6-2 6-3 in 81 minutes.

MUGURUZA THROUGH, MERTENS OUT

Former China champion Muguruza had, like Wozniacki, been enduring a tough time before finding form in Wuhan last week, with a 6-0 6-4 defeat of Ekaterina Makarova providing a further boost here.

Not every seed in action enjoyed themselves on Monday, though, as Elise Mertens exited.

Home hopeful Zhang Shuai profited from a rollercoaster match, knocking out the Belgian 6-1 3-6 6-3 to book her place in the next round.

Zhang Shuai is through to Round 2 @chinaopen !

OSAKA UP AND RUNNING

US Open champion Osaka withdrew from the Wuhan Open last week due to illness, but she had enough to come through her opening match in China.

The Japanese did not quite reach top form but saw off Zarina Diyas 6-4 6-3 to set up a clash with Danielle Collins.

Osaka took some time to forge the break in the first set, before kicking on in the second and securing a big lead, eventually triumphing at the end of an entertaining rally after Diyas threatened to fight back.