Osaka glad of distraction from 'bittersweet' US Open final 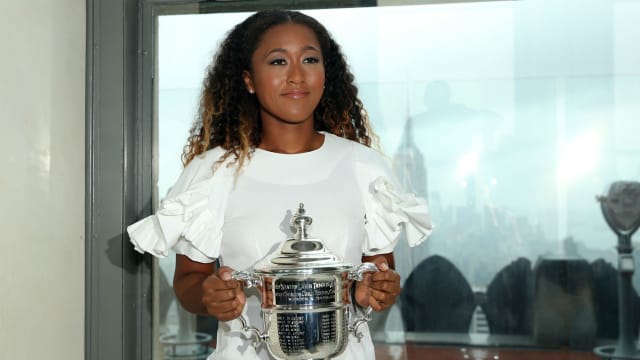 Naomi Osaka is still coming to terms with her "bittersweet" US Open final win over idol Serena Williams, revealing she appreciates the distraction of further tournaments.

The Japanese claimed her first grand slam title at Flushing Meadows, but the victory was overshadowed by Williams' row with umpire Carlos Ramos after a series of incidents throughout the match.

And Osaka admits she has been left conflicted by the triumph, still unsure of her feelings and keen to set it aside as she focuses on the current series of tournaments.

"There's a lot of stuff I want to say about how I felt and whatever," she told the WTA's official website. "But, for me, I don't know, I don't know.

"The memory of the US Open is a little bit bittersweet. Right after, the day after, I really didn't want to think about it because it wasn't necessarily the happiest memory for me.

"I don't know. I just sort of wanted to move on at that point."

@Naomi_Osaka_ greets fans after a big win over Zarina Diyas! Tomorrow she’ll battle it out with Danielle Collins! pic.twitter.com/DTbzbIkPU5

Osaka compared the moment to eating green tea ice cream, adding: "When you bite into it, it's sweet but also very strong - that's how that memory feels to me. Of course I'm happy that I won a grand slam - I don't think there's anything that can take away from that - but I don't know.

"I feel not that, when I look back on it, it's a bad memory, but I feel like it was so strange. I just didn't want to think about it. I wanted to just push it to the side.