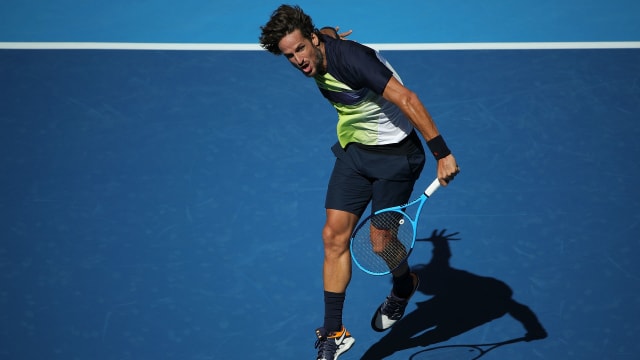 Feliciano Lopez saved three match points in a first-round defeat of Borna Coric at the China Open and Daniil Medvedev saw off Diego Schwartzman on day one of the Japan Open Tennis Championships.

Lopez was on the brink of defeat in a tense final set but hung in there and was rewarded with a 7-5 5-7 7-5 victory in Beijing on Monday.

Having fended off break points near the end of the decider, the veteran Spaniard then broke seventh seed Coric to lead 6-5 and served it out to ensure he will meet either Mischa Zverev or Filip Krajinovic.

Schwartzman fell at the first hurdle in Tokyo, the fourth seed going down 6-4 6-4 to qualifier Medvedev.

The world number 14 from Argentina was broken three times in the first set and once in the second to bow out.

Milos Raonic defeated Adrian Mannarino 6-3 6-4, while Denis Shapovalov was a 6-3 3-6 6-2 winner in his first-round match against Hyeon Chung.

Martin Klizan, Benoit Paire and Yosuke Watanuki are also through to round two.