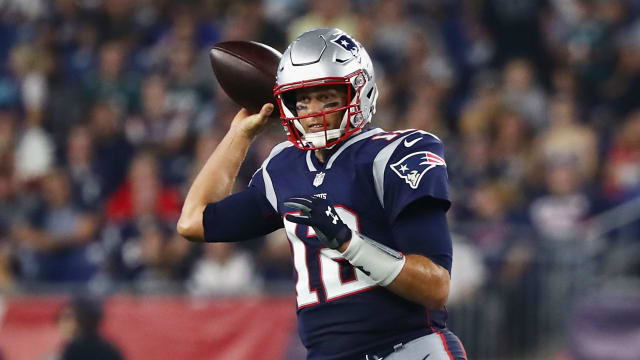 Tom Brady and the New England Patriots flexed their muscles on Sunday in a 38-7 win over the Miami Dolphins.

After falling to a 1-2 start to the season, New England showed why they are still favourites in the AFC East by dismantling the previously undefeated Dolphins, outscoring Miami 21-0 in the second quarter.

With Josh Gordon getting his first action for the Patriots, the beleaguered former Cleveland Browns wide receiver hauled in two receptions for 32 yards. Brady threw for 274 yards overall with three touchdowns and two interceptions.

James White had 44 yards and a touchdown on the ground, while also hauling in eight receptions for 68 yards and another touchdown. He has four touchdowns already this season.

Rookie Sony Michel led New England on the ground with 112 yards and a touchdown on 25 carries.

There was concern for tight end Rob Gronkowski on an otherwise positive day for the Patriots, however. The tight end, listed as questionable for the game with an ankle injury, left the field in the third quarter.