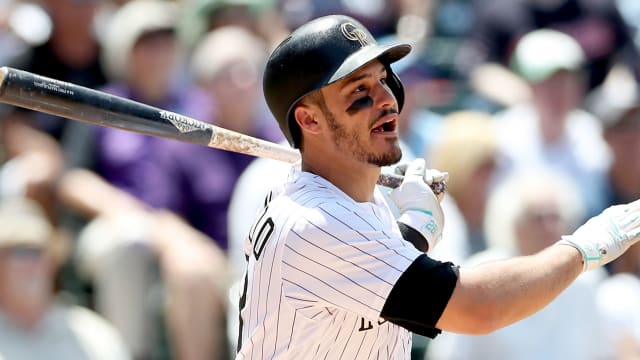 In the end, 162 games were not enough to settle two of the National League's divisions.

The Chicago Cubs, Milwaukee Brewers, Los Angeles Dodgers and Colorado Rockies all won in blowouts on Sunday, setting up a pair of tiebreaker games on Monday.

It is the first time in MLB history there have been two tiebreaker games on the same day. They are a relative rarity. There have only been four tiebreakers since 2000, and only one since 2013.

All four teams would certainly like to have as easy a time on Monday as they did in game 162. Both the Dodgers and Rockies jumped out to big early leads. The Dodgers jumped on the San Francisco Giants for seven runs in the third inning en route to a 15-0 win. The Dodgers pounded out 16 hits and Rich Hill gave up only two hits in seven scoreless innings.

The Rockies scored two in the first and added a pair in the third and just kept on scoring in a 12-0 win over the Washington Nationals. Nolan Arenado hit two of the Rockies' five home runs, and Tyler Anderson pitched 7.2 scoreless innings.

The @Rockies are treating today like BP for Game 163. pic.twitter.com/g1kp3HfWbZ

The Brewers likewise got out to an early lead, getting two in the first inning before rolling to an 11-0 win over the Detroit Tigers.

The Cubs fell behind the St Louis Cardinals 2-0, before coming alive at the plate in a 10-5 victory. Anthony Rizzo and Javier Baez scored six of the Cubs' runs.

Noah Syndergaard pitched that ultimate rarity in today's MLB, a nine-inning shutout, as the Mets topped the Marlins 1-0. He yielded five hits and struck out six.

.@Noahsyndergaard is leaving it all on the mound.

Giants starter Andrew Suarez gave up six earned runs in 2.1 innings as the Dodgers jumped out to a huge lead early.

J.D. Martinez hit his 43rd home run, the most by a first-year Red Sox player.

No first-year @RedSox player has ever hit more.  pic.twitter.com/L9kDQwN1Yv