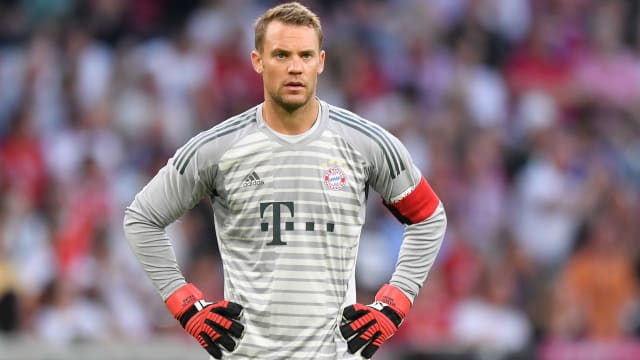 Manuel Neuer has blamed Bayern Munich's lack of first-half concentration for their first defeat of the season against Hertha Berlin on Friday.

Vedad Ibisevic's 23rd-minute penalty and a close-range finish from the influential Ondrej Duda on the stroke of half-time condemned the champions to a 2-0 loss following a second underwhelming performance in succession.

They had been held to a surprise 1-1 draw at home against Augsburg in midweek and Bayern are now at risk of surrendering top spot in the Bundesliga.

While not impressed with his side's first-half display, goalkeeper Neuer is already targeting a return to winning ways against Ajax in the Champions League on Tuesday.

"We were not 100 per cent present in the first half," he told reporters after the game.

"The issue of missing opportunities remains a big one – this was the case again [against Hertha].

Niko #Kovac: "Those that know #FCBayern know that we won't put up with results like last night's and we'll do everything we can to be successful again."  #MiaSanMia#BSCFCBpic.twitter.com/kQoJmzChSm

"We were optimistic at half-time that we could still turn it around.

"In the Champions League everything is possible because we won the first game [against Benfica].

"We are all professional enough and know what football is like."