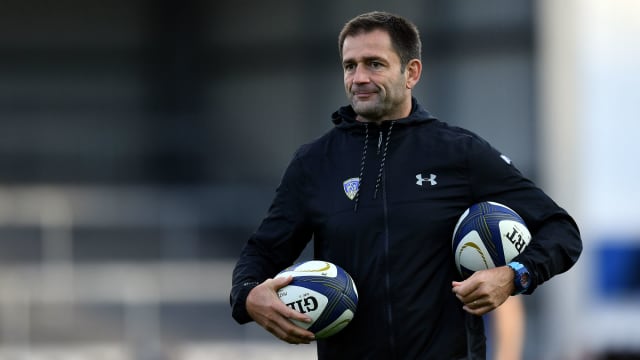 Clermont Auvergne pulled further clear at the Top 14 summit ahead of Stade Francais' derby clash with Racing 92 on Sunday.

Leaders Clermont were in action on Saturday along with the rest of their rivals, taking advantage of Stade's moved fixture with a 28-8 success over Toulon.

Champions Castres moved level with Stade on 18 points after Alex Tulou's two second-half tries turned a clash with Toulouse in the visitors' favour.

Montpellier were also narrow winners as Perpignan suffered a sixth straight defeat to start the season, with a last-gasp fightback unable to prevent a 23-20 triumph for Vern Cotter's side.

Fourth-placed Lyon saw off Grenoble 34-6 as Noa Nakaitaci touched down twice, while Bordeaux-Begles scored all of their 34 points in the first half to defeat La Rochelle 34-22.

Antoine Hastoy was Pau's match-winner as he scored 23 of their points, including two tries, in a tense 28-25 victory at Agen.