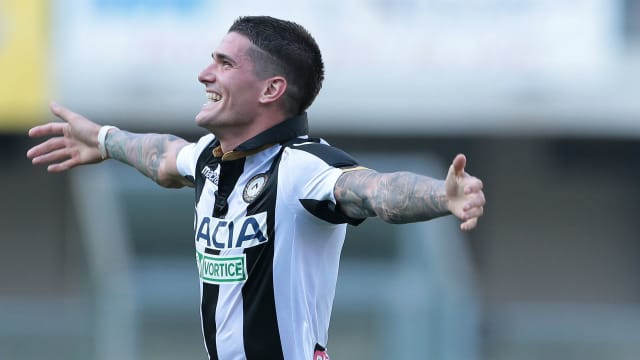 Juan Foyth and Rodrigo De Paul have been called up to the Argentina squad for the first time ahead of friendlies with Iraq and Brazil.

Tottenham defender Foyth, 20, is still yet to make a Premier League appearance for the club despite joining from Estudiantes 13 months ago for a reported £8million fee.

He was an unused sub for Wednesday’s EFL Cup tie with Watford, with Spurs eventually progressing in the tournament after a penalty shoot-out.

Nevertheless, the former Argentina Under-20 international could make his first appearance for the senior side next month when they face Iraq and rivals Brazil in Saudi Arabia.

Caretaker coach Lionel Scaloni is experimenting with his options and could also hand a debut to De Paul, who has enjoyed a wonderful start to the season with Udinese, scoring four times in six Serie A appearances.

Watford midfielder Roberto Pereyra is also back in the fold, having not played for his country since 2015.

Lionel Messi is absent once again, as expected, with the Barcelona star yet to make a definitive decision about his international future.