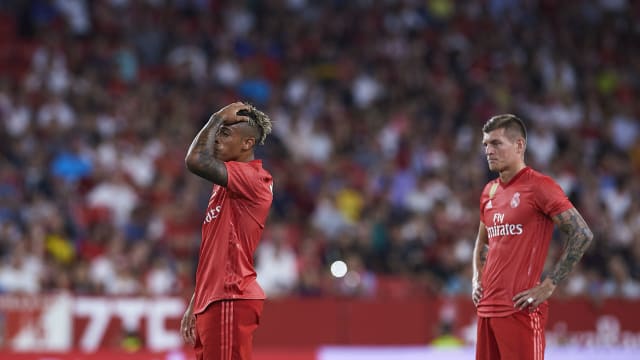 Casemiro felt Real Madrid failed to turn up for the first half of their 3-0 loss at Sevilla but does not believe the result will have an impact upon Saturday's derby against Atletico Madrid.

It meant a first LaLiga defeat of the season for Madrid, who failed to capitalise upon Barcelona's shock 2-1 loss at Leganes earlier on Wednesday.

Atleti beat Huesca 3-0 on Tuesday and are lurking two points behind Madrid in third ahead of the weekend showdown at the Santiago Bernabeu.

"We gave away the first half," Casemiro told Movistar. "We did not play like we have played all season.

"[Sevilla] are a very difficult opponent and, if we give away 45 minutes, this happens."

Asked whether the reverse made the derby more difficult, the Brazil international added: "Each game is difficult. When playing the derby at home we have to get points. They are a great rival."