Modric? For us, Messi is the best – Valverde 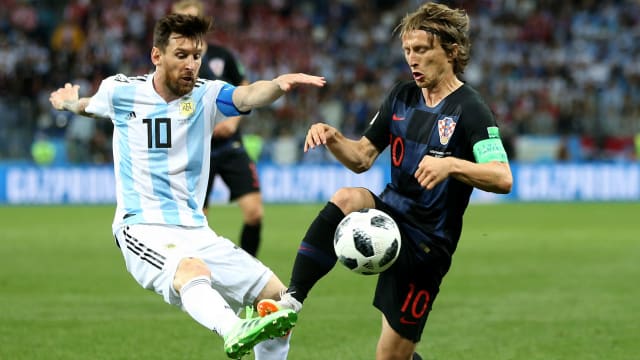 Ernesto Valverde has no doubt Barcelona talisman Lionel Messi is the world's greatest player despite the Argentina star's absence from the final three of FIFA's The Best award on Monday.

Modric beat Cristiano Ronaldo and Mohamed Salah to the award, with Messi – instrumental in Barca's LaLiga and Copa del Rey double last term – not making it through to the last three.

FIFA's prizes have come in for significant criticism, with many claiming they carry a lack of credibility, particularly the fan-voted Puskas Award for the best goal which was won by Salah ahead of Gareth Bale's overhead kick in the Champions League final.

Modric was long considered the favourite for the best player award, which was voted for by journalists and international captains and coaches, but Valverde still feels Messi was unlucky.

Speaking to reporters ahead of Wednesday's trip to Leganes, Valverde said: "Everyone will have their opinion, I have mine.

"I do not think it's time to compare players, but for us, Messi is the best. I have nothing else to say, [other than] Modric is a great player who has had a great year."

Individual player awards often dominate the news in modern football, with so much coverage given to prizes such as FIFA's awards and the Ballon d'Or.

As such, Valverde feels football is starting to more closely resemble show business.

"Years ago there weren't his many awards, so there wasn't as much press coverage," Valverede said.

"Now there's lots of them, every gala is a homage to something or someone. They bring stars from all over the world and they have to sell that.

"It's covered by more press, so it becomes more controversial. It sells, in a certain way. I put it [controversy around awards] down to that.

"It's maybe excessive, but this is what it is. It's a sport, but more and more it's becoming show business."