Patriots' Gronkowski threatened to retire if traded to Lions 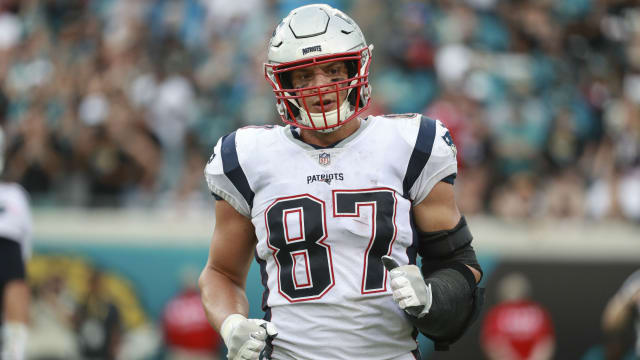 Five-time Pro Bowl tight end Rob Gronkowski has confirmed he threatened to retire if the New England Patriots traded him to the Detroit Lions this offseason.

Ahead of the two teams facing each other on Sunday night, a report emerged that New England had attempted to deal Gronkowski to Detroit, whose new head coach is former Pats defensive coordinator Matt Patricia.

Gronkowski, 29, had hinted he might retire after Super Bowl LII in February and stressed that would have been the case had he been traded.

Asked about the rumours after Sunday's 26-10 loss to Detroit, Gronkowski told reporters: "Yeah, it happened.

"[Tom] Brady's my quarterback. That's all. [I] wasn't going anywhere without Brady."

Gronkowski is in his ninth NFL season with the Patriots and has caught 77 regular-season touchdowns, and a further 12 in the playoffs, despite battling multiple injury problems.